Indigenous Studies»  Home Page
York University recognizes that many Indigenous Nations have longstanding relationships with the territories upon which York University campuses are located that precede the establishment of York University. York University acknowledges its presence on the traditional territory of many Indigenous Nations. The area known as Tkaronto has been care taken by the Anishinabek Nation, the Haudenosaunee Confederacy, and the Huron-Wendat. It is now home to many First Nation, Inuit and Métis communities. We acknowledge the current treaty holders, the Mississaugas of the Credit First Nation. This territory is subject of the Dish with One Spoon Wampum Belt Covenant, an agreement to peaceably share and care for the Great Lakes region.

Indigenous Studies addresses the multiple issues faced by Indigenous communities in Canada and around the world.  Relying on theories developed by Indigenous scholars, the teachings of Elders, participation in ceremonies, and a focus on treaty rights and relationships, York’s program is unique in its additional focus on Metis identities, non-status and/or urban Native peoples, and Indigenous-Black relations.

While students are grounded in knowledge of Indigenous  languages, cultures, and traditions and languages, they may also choose courses that address Indigenous women, the interrelations between Black and Indigenous peoples, the relationship between racism and colonialism, locally and globally, the effects of racialized violence on both Indigenous men and women and people of colour, as well as courses addressing global Indigeneity. You can also choose courses in Indigenous literatures, cinema, and music. Through experiential knowledge courses, those addressing policy, as well as placements in Indigenous organizations or those of Indigenous allies, you will be prepared for a wide variety of careers ranging from journalism, public administration, law enforcement, court work, policy work or research on Indigenous issues, to those wishing to further their studies for careers in the health professions, law, education, social work, or graduate studies. 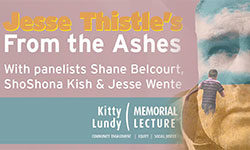 Jesse Thistle’s “From the Ashes: My Story of Being Métis, Homeless, and Finding My Way” 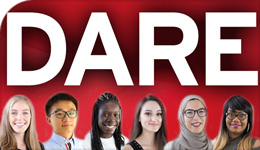 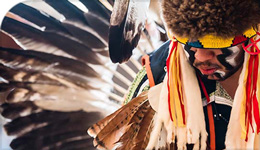 What, why and how to celebrate National Indigenous Peoples Day
facebook
rss
yfile